This last week was a good one. Time flies that is for sure. Its almost October. That means conference is right around the corner. I am super super excited to watch conference and listen to our prophet and the apostles.

This last week we were able to get our IBD ready for her interview for baptism. We taught her and she passed her interview so she is set to go for her baptism this Saturday, October 3rd. I am excited for her that she will finally be able to get baptized. She has come to church for like 6 weeks straight now so she is definatly ready.

Its been good having my new companion, my anak! haha he is the best. His name is Elder Cabasan, from the lower island of the Philippines, Mindanao. So he speaks the language already so there is no language problems which  I am super grateful for. He is great we are getting a long great.

I hope you are all doing great. I miss you all so much and can't wait to see you again.

Have a great week everyone! 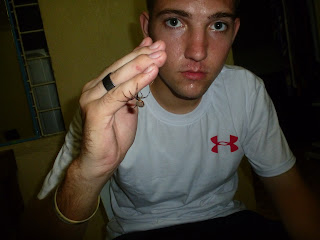 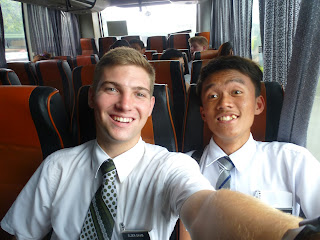 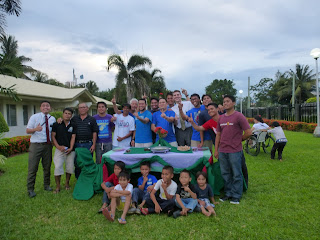 Posted by Davis Family at 9:33 PM No comments:

This last week was super busy again. We have been teaching a lot of the members here in Bais lately. We also have been working with our investigators trying to teach them all the lessons and preparing them for baptism. We have been trying to find a good balance with our time. Its been an adventure trying to figure what works best but its going okay.

I am going to be short with my letter today because I have some things I need to get done today and  I honestly am just trying to get through this next week alive. But just know that I am doing okay here in Bais and am still loving my mission and life.

Oh and by the way, my two fighting spiders both got attacked by ants and were killed. I know, I was pretty sad too. Haha But don't worry I was able to come back and find two really big new ones so I am still in the game :)

Love you all and miss you tons. Have a great week!

Elder Davis
Posted by Davis Family at 9:23 PM No comments:

Hope you had a great week! I had a decent one here myself in Bais. This week was busy again with trying out the new schedule visiting the jungle twice. It was kinda difficult cause  it is so far away. But like I shared last week, it is so worth going out to because Sister Lilya is great. She came to church again this last week and is preparing for baptism on the 19 of September. She is doing so great.

We found out that our other IBD, Brother Mike, is not actually married to his girlfriend...which is a huge bummer because they are both so so ready to accept the gospel. Brother Mike is one of my favorite investigators I have had out here because he is just so willing to try the things we teach and is learning and growing so much. Just since my time here in Bais, I have seen a huge change in his countenance and it is so cool. The gospel changes people for the better no matter who it is.

Just a cool little thing about this week....So out here in the  Philippines, there is cock fighting that people do for gambling and stuff like that, but they also do spider fighting! It is actually pretty sick. They go out and get these fighting spiders and fight them. Its awesome. I actually got two spiders myself and have been fighting them just for fun. Haha its really fun, just challenging people to fight spiders. My two spiders are doing pretty well. They have each won a couple matches and killed their opponents quickly. Haha its pretty cool.....just  a little something cool to let you guys know what I have been up to. Of course there is no gambling involved when we fight our spiders, but its just a fun thing we do for fun. And it is actually a great way to start conversations...just ask them if they have spiders to fight and boom....your automatically in with them.

Have a great week everyone, and stay safe! I love you all and miss you tons! 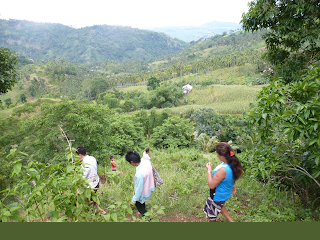 This picture doesn't do the jungle any justice 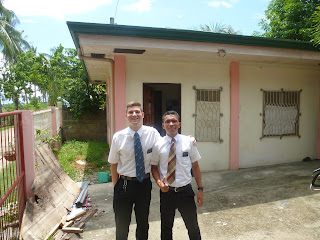 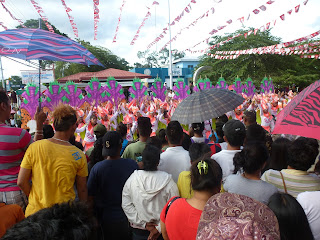 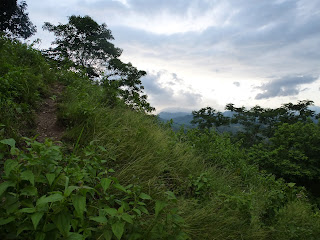 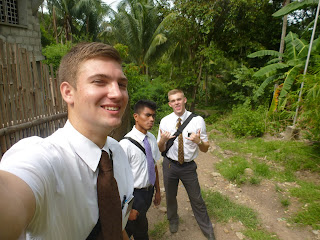 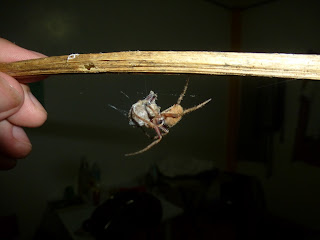 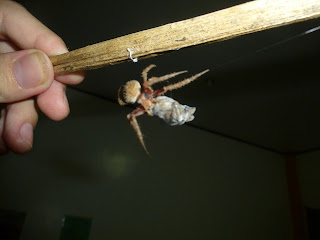 Posted by Davis Family at 9:43 PM No comments:

This week was kinda an interesting one! To start, I got super sick on Friday and wasnt' able to work. And then just yesterday I had to go to Dumaguete to have a bunch of painful warts removed from my foot haha. It was painful but its all good now.

We have been really busy teaching people lately. We have so many people to visit but no time to do it. But its a good problem to have haha. We actually visited one of our IBDs (Investigator's with Baptismal Dates) this last week for the first time. She has come to church for 3 weeks and just this last week we were able to actually visit her. She lives about an hour and a half hike back into the mountains and jungle. It was the craziest and farthest hike I have been on to visit an investigator. It was seriously like hiking through the mountains back at home. It was an adventure. But it was just a huge testimony builder because its super hard to get investigators at chruch. And this sister has been coming for 3 weeks in a row, without us teaching her at all. Its amazing. She says that she just loves the feeling after she goes to church at our church. She notices a difference and is willing to make the trip every week.

I am doing really well out here. I am halfway through my mission now. Tomorrow I hit my one year mark. It is so crazy I can't believe it. It all goes by so fast. I will be going home before I know it. But hey I still have a whole year to give it my all and do my best. And that is what I plan on doing. I love you all and hope you have a great week! 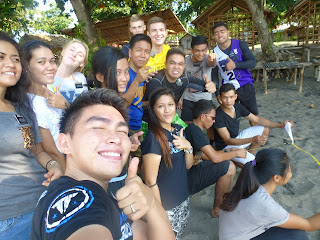 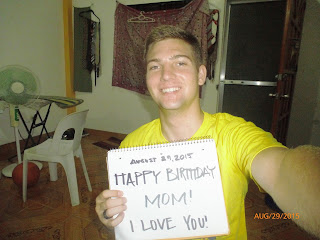 Posted by Davis Family at 10:16 PM No comments: